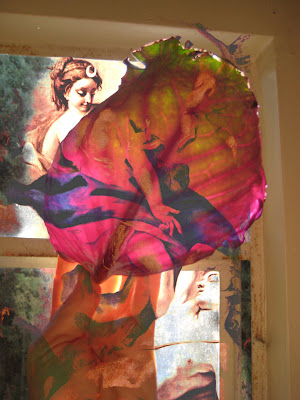 Who was Endymion? In Greek mythology, he was the most handsome of men, the god of eternal youth and fertility. Some versions describe him as king, others as a shepherd. The moon goddess Selene was so smitten with Endymion's beauty that she put him into a perpetual sleep so that she could kiss him whenever she wished.

also-
In Greek mythology, Endymion (Ἐνδυμίων) could have been a handsome Aeolian shepherd or hunter, or, even a king who ruled and was said to reside at Olympia in Elis, but he was also said to reside and was venerated on Mount Latmus in Caria, on the west coast of Asia Minor....
However, the lover of Selene, the moon, is attributed primarily to an Endymion who was a either a shepherd or an astronomer, which profession provides justification for him to spend time beneath the moon.

Silver white the river gleams,
As if Diana, in her dreams,
Had dropt her silver bow
Upon the meadows low.

On such a tranquil night as this
She woke Endymion with a kiss,
When sleeping in the grove
He dreamed . . .

* thanks to endymion.org and wikipedia for the text
.]]>